Back in the olden days, in a time when we lived with 3 TV channels, the fear of nuclear war and metal dustbins, trying to solve a scooter problem, you would usually have to phone a friend from the house phone, bodge it or guess how to fix it. When it was fixed, we had to run the gauntlet with the local bikers and casuals and relied on hope to keep our motors running. The good old, bad old days.

Thankfully, time and technology have moved on and one of the greatest resources is the Internet. It’s a remarkable source of information to help solve carburettor problems, engine builds and restorations. It’s still not always the answer though. Some forums and Facebook groups can end up giving you a multiple choice of answers, including the wrong advice and ruin all your hard work.

Back in 2004 Martin “Sticky” Round published his Lambretta manual. The Complete Spanners Manual. There have been other manuals around but nothing on a par to this. I remember the Lambretta Home Workshop Manual, lots of words and not a lot of images to help guide me through engine work. Now things were going to get better for me and those like me who needed all the help we could get with a completely fresh look to a Lambretta manual.

Then in 2010 Martin released the 2nd edition with a lot of important upgrades. It still kept to the same working format and it was well received in the Lambretta community.

Last week, Martin released the 3rd Edition of The Complete Spanners Workshop Manual. There’s a lot of changes and additions to what has now become an essential part of a Lambretta owners possession but still keeps to the winning format.

The one thing this manual has above anything before and probably will ever have, is that it’s universally accepted due to the extensive research and input of the manual from many mechanics and tuners who have helped shape the Lambretta to its current form as well as help those who persevere to restore their Lambretta to its original form.

With new parts and upgrades released all the time and Martin has included the latest parts released up until the end of August 2018 with a large section on aftermarket products.

There’s a greatly improved piece on chain alignment. It can’t be understated the importance of this. I limped home the last few miles from an LCGB rally in 2012. When I inspected the engine after I got home the chain was very loose and slipped badly. On fitting a new chain and checking alignment, it was well out.
The Electrical System section has been improved and expanded with more advice and instruction, including new electronic components like Scootronics CDI’s, Pick-ups and flywheels.

There’s information on improved building techniques throughout the manual including what is also became essential, Leak Down Testing.

Plus a whole lot more.

It also has to be noted that the quality of the paper and the binding has meant that the manual has always been the same and held together well as they get fumbled through with oily hands, dropped on garage floors, trod on and spilled blood, sweat and tears, it’s still held together.

If you’ve never owned it, buy it. If you’ve already bought the 1st and 2nd editions, buy it. It’s definitely worth it to keep up on the advancement of the Lambretta in all its forms and still the definitive, complete Lambretta manual.

The Complete Spanners Manual can be purchased at Scooterproducts

The manual is also available through most Scooter Dealers 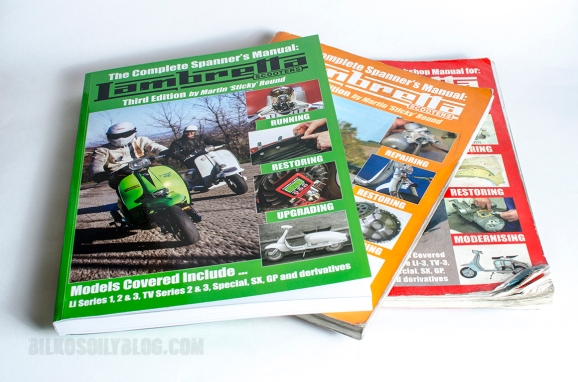 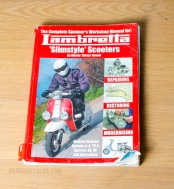 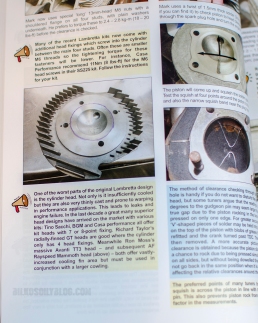 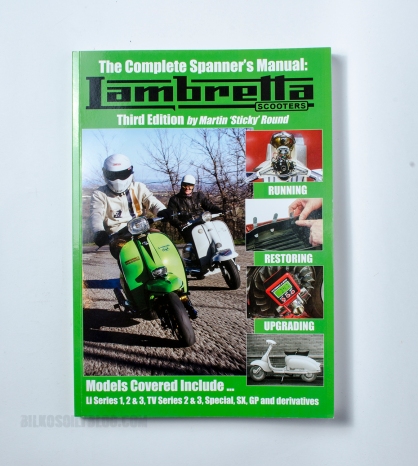 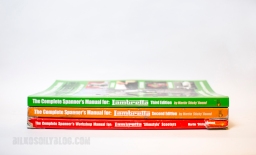